Subscription Rockstars: How HubSpot Went From Zero to $500+ Million in Annual Revenue 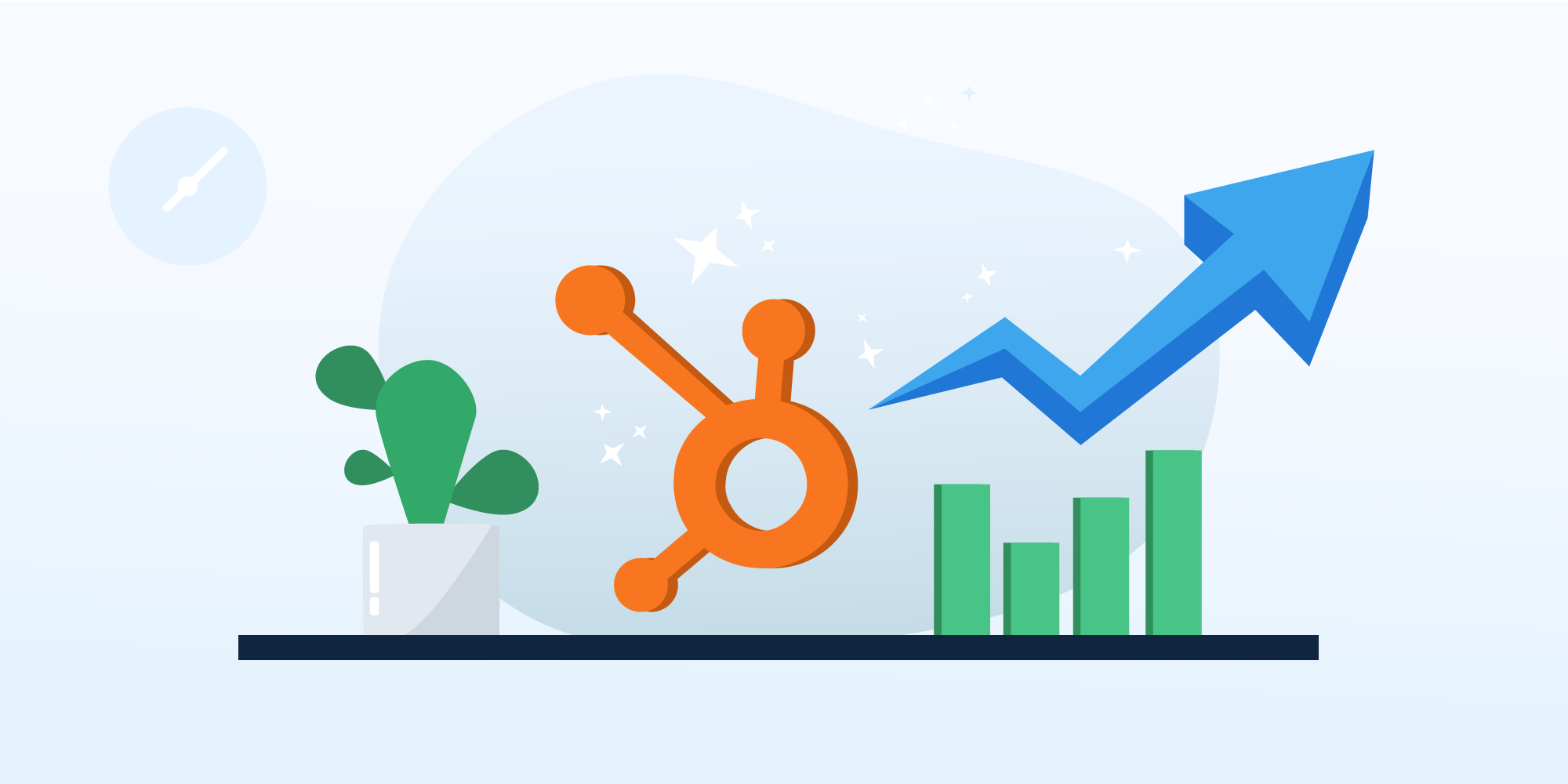 Welcome to the Subscription Rockstars series!

In this series, we will take a closer look at wildly successful companies to better understand how they got to where they are today. We will analyze both their mistakes and their victories to draw lessons that you can apply to your business. And, of course, we will pay special attention to how their subscription billing models and pricing strategies contributed to their growth.

Now, without any further ado, let’s see what we can learn from HubSpot… 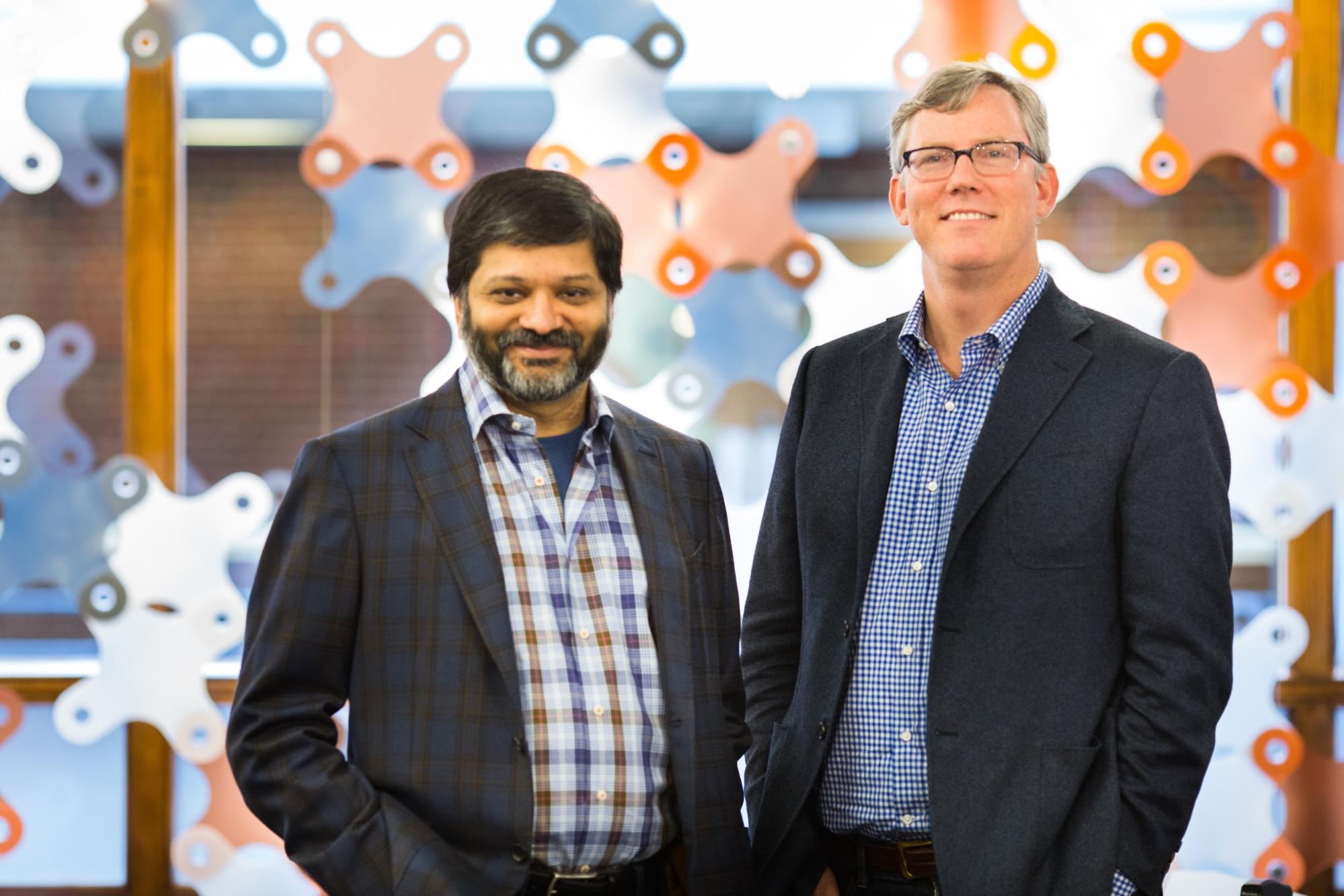 Brian Halligan and Dharmesh Shash met in 2004 when they were both graduate students at MIT.

Brian, who was helping venture-backed startups with marketing, noticed that people had gotten really good at ignoring intrusive advertising.

They were surprised that OnStartups, a tiny blog with no budget, was generating more traffic than companies that were spending tons of money on marketing.

This led them to realize the power of what we now call inbound marketing (a term they coined later).

In 2006, Brian and Dharmesh started HubSpot with the aim of helping people grow their businesses through a less intrusive, more human approach to marketing.

Today, HubSpot is not only a rapidly-growing enterprise that generates nine-figure annual revenue (more than $500 million in 2018), but they are also trusted thought leaders in the marketing industry with a cult-like following.

When Brian and Dharmesh launched HubSpot, the phrase inbound marketing didn’t yet exist, but the concept was already there.

As Chris Monk explains in his article “SaaS Founders — How to start a cult like HubSpot”, using the Internet to promote your product wasn’t a new idea in 2006.

In fact, the concept of inbound marketing had been around for almost a decade at that point.

However, HubSpot co-founders took the concept of attracting customers through content and ran with it.

They coined the phrase “inbound marketing”, made it an integral part of their brand and started evangelizing this approach to marketing with the zeal of a convert.

HubSpot established and executed on a truly disruptive marketing strategy:

How HubSpot used inbound marketing to grow their business

HubSpot wasn’t just preaching inbound marketing to get people to sign up for their software. They themselves were true believers. They didn’t just talk the talk, they walked the walk.

They started by offering a free website evaluation tool called Website Grader which allowed people to enter the URL of their website and get an analysis of its performance.

They also created a blog where they published free high-quality content aimed at their target audience of online marketers.

In 2009, the founders co-wrote a book called “Inbound Marketing: Get Found Using Google, Social Media and Blogs” in which they included snippets of exclusive eBooks and offered the full content for free in exchange for an email address.

In 2012, they launched an inbound marketing conference that was fittingly named Inbound. It is now recognized as one of the most important online marketing events in the world. In 2018 they had their biggest conference to date with more than 24,000 attendees.

Over the years, HubSpot continued pouring money into inbound marketing, and as a result, they now have an incredible lead generation system.

HubSpot is one of the fastest growing SaaS companies of all time.

Take a look at the numbers from their first five years:

Of course, it’s important to note that HubSpot raised a significant amount of capital in their first five years.

In 2010, HubSpot CMO Mike Volpe explained their approach on Quora.

He said that they could be profitable if they wanted to and that their run rate at the time was in excess of $20 million.

However, they believed that there were tens or even hundreds of thousands of businesses that their product could transform.

So, they chose to focus on growing fast and achieving industry leadership in their space.

Remember that quote from the movie “The Social Network”?

“You don’t get to 500 million friends without making a few enemies.”

Turns out you don’t get to half a billion in revenue without making a few enemies either.

In 2015, HubSpot was shaken by a scandal when the previously mentioned CMO Mike Volpe was let go after allegedly engaging in hacking and extortion in an attempt to obtain the draft of a book by a former employee Dan Lyons.

Apparently, Lyons had an unfavorable impression of the company, so Volpe considered his book, “Disrupted: My Misadventure in the Start-Up Bubble”, to be a threat to HubSpot. 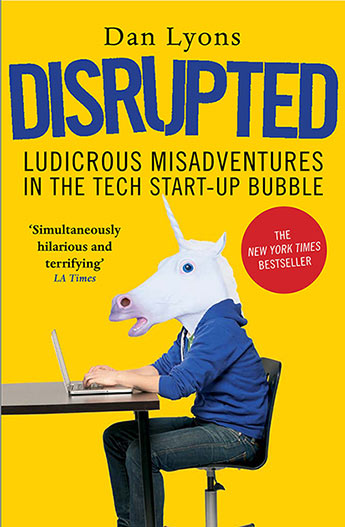 The book did get published, and Daniel Lyons criticized HubSpot in a scathing New York Times op-ed, “Congratulations! You have been fired!”.

He asked his readers to imagine a frat house mixed with a kindergarten mixed with Scientology if they wanted to get an idea of HubSpot was like.

According to him, the company was a digital sweatshop, the training felt like cult indoctrination and the employees were seen as disposable.

Lyons’ book, as well as the scandal surrounding it, got a lot of public attention, and HubSpot had to issue a response. 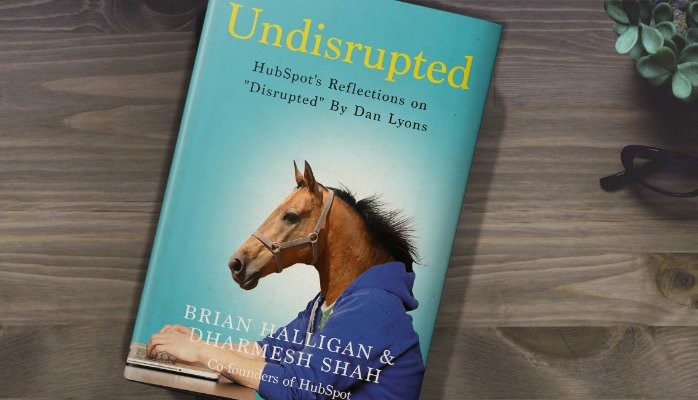 The founder acknowledged that Lyons was entitled to his own opinion, addressed some of his critique of the company culture and of the business model and even agreed with some of the points he raised.

Dharmesh’s response to Lyons provides a great lesson on how to gracefully handle criticism.

HubSpot’s pricing over the years

Over time, as they added more features to their product, they introduced the “Professional” plan (in 2008) and the “Enterprise” plan (in 2010).

In 2011, they moved to a quantity-based pricing model that revolved around the number of contacts a customer had.

Since then, HubSpot has developed several software products, and they now have a complex pricing structure that allows a customer to pick the software and features that fit their needs best, ultimately customizing a package and solution that works for them.

The evolution of HubSpot’s subscription pricing strategy mirrors a common theme we see among our customers at Chargify. As a small company that is just starting out with a limited feature set, it is best to go to market with the simplest pricing structure possible.

It is important to make sure that you pick a subscription billing model that works well for your product.

Companies that over-complicate their pricing from the beginning risk losing customers before they have had an opportunity to realize the value of your product.

Consider this — if HubSpot had the complex bundled pricing they feature today in the beginning, there is a chance they would not have grown into the successful enterprise they are today.

As a company grows and adds additional features, support tiers, lines of business, etc., the pricing structure will naturally get more sophisticated.

It is hard to build and maintain the internal infrastructure to meet these billing needs over time. This is why businesses turn to subscription billing platforms (like Chargify) — for the flexibility to customize and evolve their subscription models as their business grows.

SaaS companies often look up to HubSpot and try to follow in their footsteps in terms of marketing strategy. But is that a good idea?

It’s important to understand that it’s not 2006 anymore. It’s 2019, and the effectiveness of inbound marketing is rapidly declining.

The competition is insane compared to what it was when HubSpot started. Sure, it’s still possible to build a blog. But keep in mind that going the inbound marketing route means competing against established companies with very deep pockets (such as HubSpot).

Meanwhile, even HubSpot doesn’t rely solely on inbound marketing anymore, their marketing strategy is now a mix of inbound and outbound tactics.

It will be interesting to see how the company will adapt to the changing marketing landscape. Will it be at the forefront of the next big paradigm shift? Or will it be outmaneuvered by some scrappy, dynamic startup?

At the moment, HubSpot seems invincible. But if history has taught us anything, it’s that no business or person is invincible.

Yahoo dominated the search engine space until Google showed up. MySpace was the go-to social network until Facebook took off. Nokia, Samsung, and Siemens ruled the mobile phone industry until Apple released the first iPhone.

However, there are also companies like General Electric and IBM who have managed to adapt and survive for more than a century and are still going strong.

The software industry is too young to have such long-established businesses but there’s no doubt that at least a few software companies that exist today will live to see the 22nd century.

Will HubSpot be one of these companies? Only time will tell.

HubSpot’s story should be an inspiration to every SaaS entrepreneur out there.

They identified a need in the market, they built a solution, they worked diligently at improving it for more than a decade (and continue to do so) and they are now more than halfway to achieving a billion dollars in annual revenue.

Moreover, they changed the way we think about marketing forever and ushered in the era of inbound marketing.

There is a lot to be learned from how HubSpot has achieved its success. Every SaaS professional can take these principles and apply them to their own business. With the right amount of opportunity, skill and creativity, there is hope that your business can also become a subscription rockstar.