Subscriber & Churn Analytics: Visibility Into The Health Of Your Customer Base 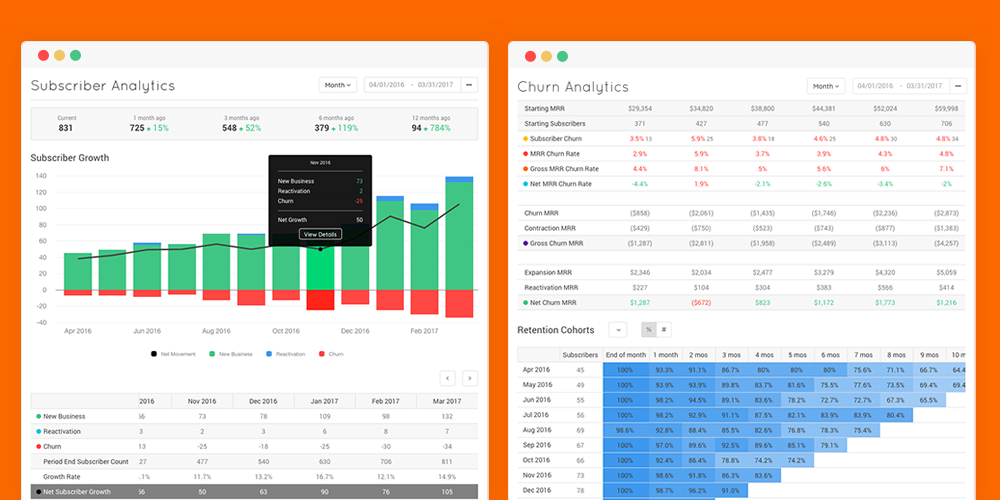 Over the last few months, we’ve been hard at work building the architecture needed to provide accurate, insightful analytics for subscription businesses. In January we rolled out Monthly Recurring Revenue (MRR) Analytics followed by Revenue Retention Analytics in February.

Today we’re happy to announce two more analytics views added to Chargify’s arsenal of insights – Subscriber & Churn Analytics. Both of these new reports are focused around providing deeper visibility into the movements and health of your customer base.

This report provides a 10,000 foot view into changes of your customer base, a.k.a. your “subscribers.” The format may look familiar since the layout mimics the MRR report, but displays movements in relation to count instead of revenue.

At the top you’ll see a historic record of movement over the last 1, 3, 6, and 12 months followed by a tableview of Net Subscriber Growth derived from: 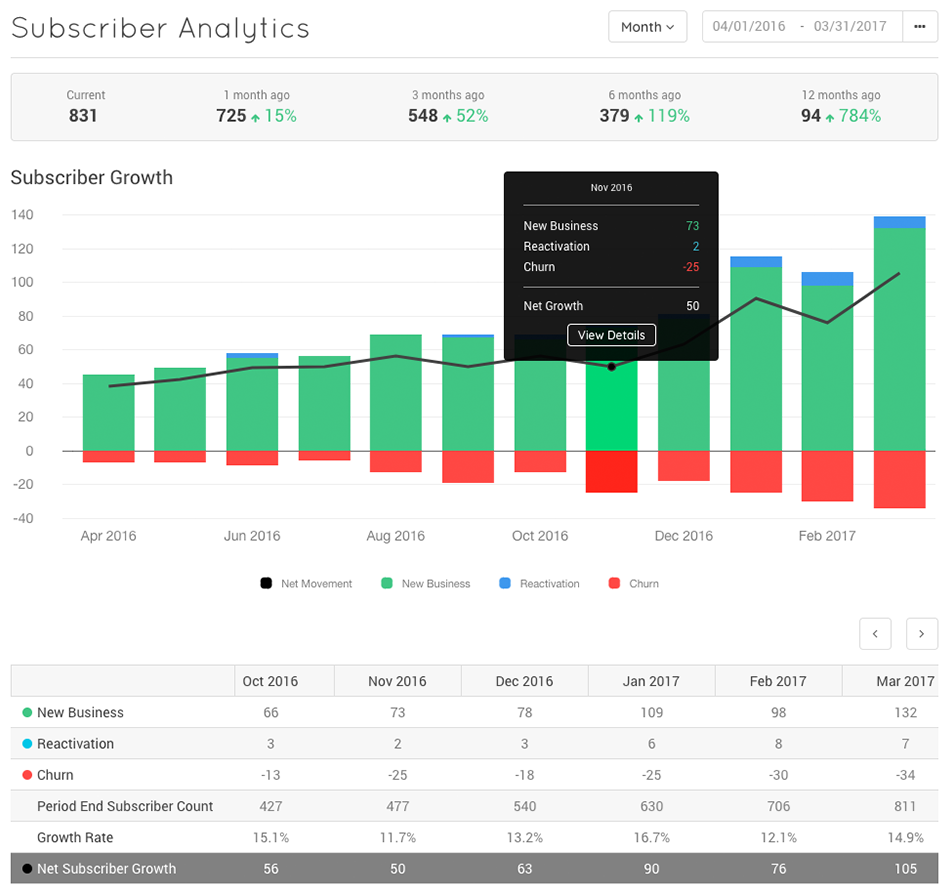 Clicking any of the movement cells zooms into a breakdown of the subscriptions that contributed to the change. If you use Churn Reason Codes, the churn breakdown also displays the reason code for each churn event. 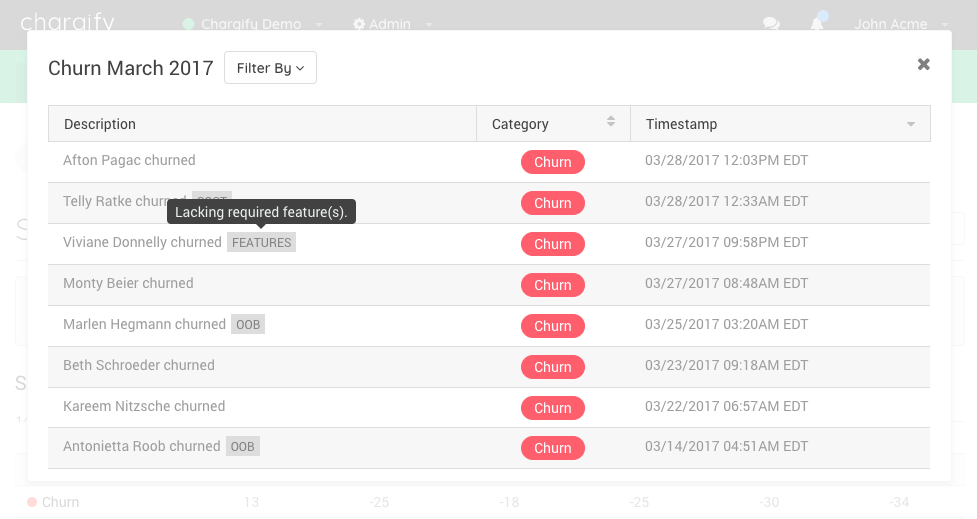 Filter each view by the amount or date by clicking in the top cell. If you want to further investigate an event, click on the customer to go directly to their Chargify subscription summary.

At the bottom of the report is a visual snapshot of the total subscriber count and growth rate.

Churn plays a key role in the long term health of any subscription business. We could write a whole post on why churn is such an important metric to understand (and improve), but some key points includes:

There are many ways to look at churn, and we’ve organized our Churn Analytics to provide an intuitive, easy to digest view of all the key churn numbers and rates that impact subscription businesses.

Before digging into the report, let’s look at the various churn metrics and how they are calculated. It is important to note that churn only looks at your existing paying customer base, excluding new business.

At the top of the report you can toggle in between charts to visualize each of the key churn metrics above.

All the data that powers the charts is displayed in a table view for easy analysis. 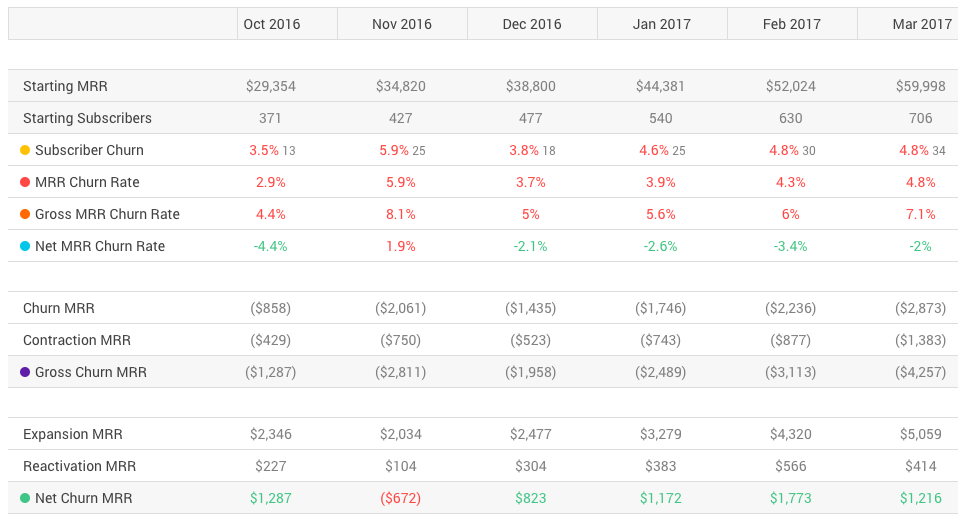 This is an extremely insightful view to understand retention over a 12 month window.

Chargify’s new analytics provide visibility into the past and present health of your customer base, while providing baseline metrics to set goals, execute, and track progress against initiatives.

We’re thrilled to have rolled out our Monthly Recurring Revenue, Revenue Retention, Subscriber, and Churn Analytics over the last few months, but we know there is still work to be done. What other analytics views would you like to see in 2017? Let us know in the comments below.