From Bootstrapped Startup To Market Leader: Uncovering the secrets of PT Distinction’s success 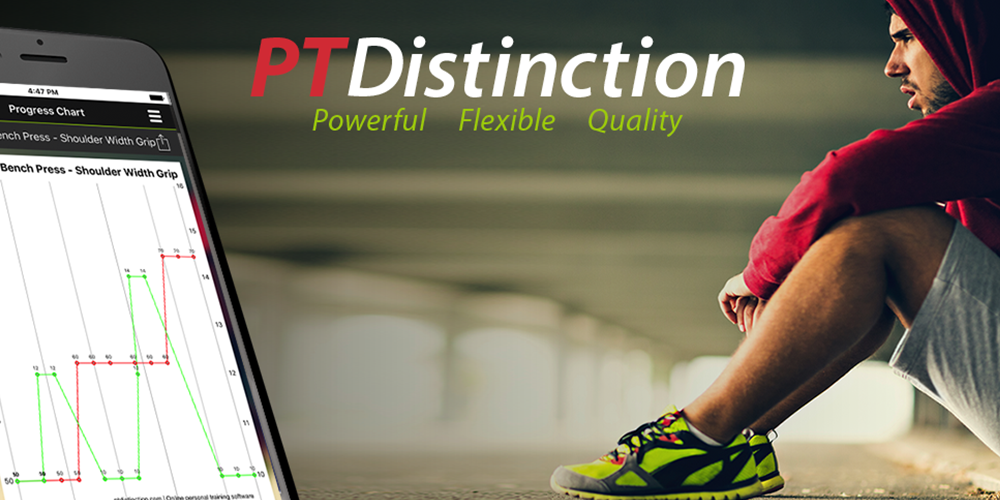 This blog post is part of our Customer Spotlight series. Throughout the series we highlight Chargify merchants and the lessons learned as they grow their subscription-based businesses.

In the world of unexpected startup stories, PT Distinction is a fantastic study. PT Distinction dominates the market as a best-in-class online personal training and coaching software solution. Along the way, the SaaS company has amassed an army of loyal brand advocates who actively champion their product throughout the industry.

We sat down with co-founders (and brothers) Tim and Adam Saye to find out how PT Distinction has harnessed user feedback, their passion for creating a superior product, and innovation to turn make the transition from a bootstrapped startup to industry leader.

Tim Saye, a personal trainer who moved from the UK to Australia, had the original idea for PT Distinction. It took time to build up a client base in a new country and he found himself wishing there was an easy way to coach his UK clients online while also working to build up an Australian clientele.

A year later, at the end of his Australian work visa, he was leaving the Australian clientele he had built up and facing the same problem: it would be great to be able to continue coaching Australian clients online while working to rebuild his client base in the UK.

He researched online physical trainer platforms available at that time (2012), but found the existing software lacked important features and capabilities to be able “to coach and asses your clients properly.” For example, existing platforms at that time:

He came to the conclusion that there was “room for something unique and different” in the market.

At that point, Tim brought in his brother, Adam, for his coding expertise. To reduce startup costs, Adam moved for Thailand and spent a year building PT Distinction before the product launched.

As with any startup, there were growing pains and lessons learned as they grew…

“If you build it, they will come.” This is a prevalent startup myth we’ve discussed in our blog post Startup Mythbusters: 12 Startup Myths & The Truth Behind Them and PT Distinction’s co-founders fell prey to it as well.

“I think when you start a new business you kind of assume that it is going to be a huge success and it will be easy and will just take off. That wasn’t the case. It was quite tough to begin with,” explains Tim.

Initially, the money they were making with the company didn’t cover their business and advertising costs, so they weren’t able to pay themselves anything for the first year.

The company was also self-funded. All those elements provided increased motivation to make the company grow to profitability. “We did it all ourselves and eventually we figured out how to make it work and how to make it grow,” remembers Adam.

By utilizing customer feedback and experimenting with different marketing tactics, the co-founders figured out the company’s most effective sales funnels and increased conversions.

The struggle of making a startup work also led them to the advice they now give to new founders:

According to the co-founders, the confidence takes out the fear associated with starting a business and not knowing exactly what you’re doing with the business.

Taking action is the most important thing. Outside the work hours, if you’re reading and listening to books — just generally improving your own skills — then there doesn’t seem to be a limit to the sort of things you can achieve. But, if you don’t improve what you know and improve what you can do, then you’re going to limit your growth — both professionally and personally.
Tim Saye, Director & Co-Founder of PT Distinction

PT Distinction had been using a major payment gateway without incident, until one day the gateway dropped an unexpected blow: they had determined PT Distinction’s guarantee to customers was a risk the payment processor wasn’t comfortable with and they wouldn’t support the company any longer.

PT Distinction not only provides software for personal trainers, but also a variety of free guides (an online success map) to help them create a successful online personal training business. They offer a 6 month risk free guarantee to customers: provided the trainer follows the steps laid out in their proprietary Online Personal Trainer Success Map, they “guarantee you will have made at least 10 x your monthly PT Distinction subscription within 6 months or we’ll pay you every penny back.”

The co-founders discussed the situation and asked themselves:

The Saye’s are very confident in their product and doggedly committed to their customers. They decided to go with option 1 and determined they wouldn’t scale back the guarantee to appease the payment gateway. Which meant the company had 30 days to find a new payment gateway.

Did they lose members due to the payment gateway migration? Yes. “We continued to grow during that time, but we would have grown by more if we hadn’t lost people in that move,” says Adam. Looking back, the co-founders say they should have shopped around more and done a deeper comparison of payment gateways before selecting one initially.

Thankfully, they were able to migrate to Stripe, and utilize Stripe + Chargify for recurring billing and managing the entire customer lifecycle.

According to Adam, Chargify was also a key component to being able to set up their free trial exactly as they wanted it and providing flexibility for PT Distinctions’s pricing tiers.

“Chargify allows us to do whatever we need to do. Any time we think of something that we would like to be able to do, or would like to change, we know that it will be easy to do using Chargify,” explains Adam.

Building in scalability from the beginning

Having the ability to scale was important to the Saye’s from the beginning. They also point to product delivery method:

The business itself, the delivery of it, is done by the software so it was always set up to scale. That was always quite important to us when we set it up. With the software and apps delivering the product, handling 10,000 or 100,000 members on our platform is the same (apart from the communication and the support that goes with it).
Tim Saye, Director & Co-Founder of PT Distinction

The lesson for other startup founders? Putting in the time to build a high quality product from the beginning is worth it, especially when doing sets you up for scaling success in the future.

The power of user feedback & communication

Throughout our conversation with the PT Distinction co-founders, there was a very consistent theme: the value and importance of listening to their users.

They admitted they were a bit naive about starting a business (see the “if you build it, they will come” point), but say constant communication with users helped them immensely. In those early days:

By constantly communicating with our members and the people that were around us, we managed to develop a product that was much better than other products in the market and began to be quite unique in our marketplace.

“We learned all the time and we kept communicating with members and trialists. Doing so led us to a place where our growth began to snowball quite nicely. We’re on a good roll,” adds Tim.

It’s clear they care about their customers, and the consistent dialogue has helped them build great client relationships.

PT Distinction communicates with its users via emails, live monthly webinars, and live “master classes,” but they point to their Facebook group as their most effective form of communication.

“We always wanted to keep communication personal; we wanted to keep it as us. Sometimes when you try and get support from companies, you’re forced to go through a ton of frequently asked questions and you can’t actually reach anyone in support. With PT Distinction, our goal is to always be reachable. So we thought that would be easier with a group format, because people can communicate ideas and thoughts directly with us in our Facebook group,” explains Tim.

The Facebook group has cut down on support emails, and other PT Distinction members often jump in to assist one another and answer questions posted in the group (see the screenshot example, below).

Those loyal community members also praise PT Distinction on other community forums. The constant communication the company has with its members has also helped create brand champions.

How communication translates into a competitive advantage

You could certainly point to their brand advocates as a competitive advantage, but there are other ways consistently seeking out and tuning into user feedback has allowed PT Distinction to remain a market leader:

“We’ve sort of built a reputation as the company that is constantly innovating and pushing boundaries,” says Adam. Even if other companies want to do exactly the same as PT Distinction, the company is always “about 6 months ahead of the rest of the market.”

Why? Constant communication and listening to user feedback.

Because we try to keep in such close communication with PT Distinction members, we get product ideas directly from everyone who uses our platform. Our members share how the platform can be improved and what they feel we can do to help them. So, it’s just easier for us to take that knowledge and give our specific market exactly what it wants and needs. I think other companies (both existing and those new to the market) just don’t have that information or don’t monitor it as closely as we do.

Here are a few examples of PT Distinction features and capabilities that make it stand out from other companies in their market. Listening to user feedback played a part in the development of each:

With all PT Distinction has accomplished thus far, what’s next on their roadmap?

The future of PT Distinction

Already known for their consistent innovation, PT Distinction is rapidly increasing “the speed at which we improve the product” as more people are brought on to assist with development and profits climb.

“Now that we’ve got all the product basics in place and optimized, we can afford to be even more inventive with our ideas,” says Tim.

Both co-founders admit they have some ambitious ideas they’re looking forward to turning into reality in the very near future.

Currently, they’re in the process of rebranding PT Distinction, and redesigning the website and user interface (UI).

With their combination of innovation, passion, and commitment to communication with customers, it’s clear we’ll continue to see a superior product and exciting growth from PT Distinction.

To learn more about PT Distinction, check out ptdistinction.com or sign up for a one month free trial.