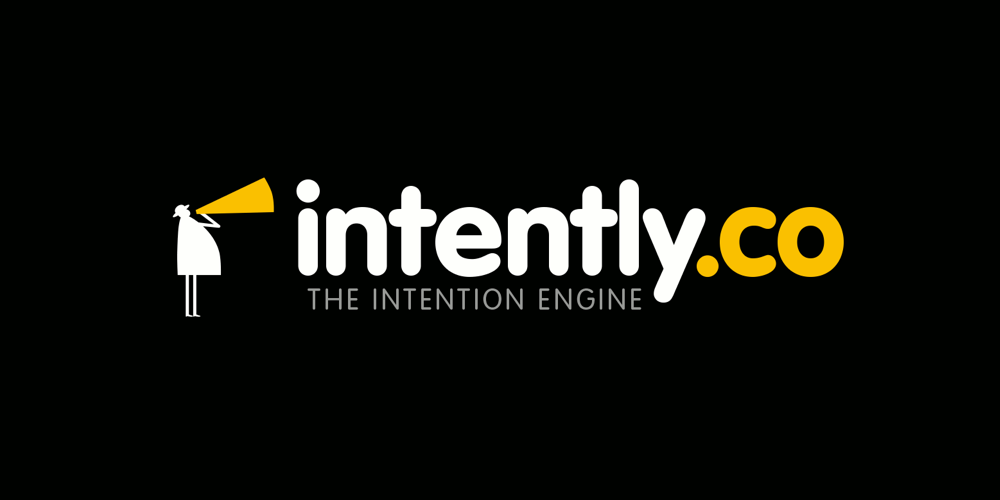 Imagine a world in which you could simply voice a need and companies would line up to provide you the solution. The ask could be anything from needing a dentist appointment at 9am tomorrow to needing buyers for your home.

This imagined scenario takes place in reality, all over the world, thanks to Intently. Intently is a global consumer services marketplace with a twist…the marketplace uses a reverse advertising model.

In traditional advertising models, sellers advertise services and products to consumers (or “buyers”). In a reverse advertising model, a buyer announces their intent to purchase and sellers compete for the buyer’s business.

When buyers use Intently, most receive a response within an hour. You read that right…within an hour. “No other reverse advertising model anywhere in the world gets results so fast,” says Intently founder Neil Harris.

For anyone who has ever considered an idea for a startup which would truly innovate a marketplace, Intently’s story is a must read. Let’s start at the beginning…

The idea that started a global success

One night, headed home after traveling for work, Harris realized he needed to make an optician appointment on short notice. The thought of having to contact numerous specialists to find out who could fit him into their schedule was frustrating.

“I just thought ‘in this day and age why isn’t there an easier way to do this?’ I wished I could just shout ‘I need an optician, who wants to see me?’,” remembers Harris.

It was 2011 and after quite a bit of research, Harris determined there wasn’t really anything that would do what he envisioned. So, he decided to create it.

After researching the technologies used by major platforms like LinkedIn, Twitter, and Facebook, Harris elected to build his reverse advertising marketplace using Ruby on Rails (a new language he ended up teaching himself in order to build Intently). The Intently team started working on the MVP (Minimal Viable Product) in October 2011 and launched on December 31, 2011.

There are always pain points startups must overcome (especially in the early days), and Intently ran into a few of their own:

Investors. In the early days, Intently was pitched to a number of investors. “The problem was that they wanted a clear, executable business plan. But, in a startup it is difficult to guarantee what the business is going to do or become,” explains Harris.

Lesson learned: You can succeed as a bootstrapped startup without a bunch of early stage funding (Intently and Chargify are both great examples).

Free Trials. Intently started out as a free offering and then pivoted to offering a one-month free trial for sellers before subscription payments were taken. While the marketplace remains free for buyers, the company eventually removed the free trial option for sellers because many service providers would take the free trial and then cancel and re-sign up their business for subsequent free trials which was hard to control. Harris notes that while there was a decrease in signups following the removal of the free trial, users who saw value in the product were prepared to pay for a subscription immediately.

Lesson learned: The lesson to take away here is the importance of testing free offerings (either freemium or free trials) to determine the effectiveness for customer acquisition at your own startup.

Pricing. The majority of startups have difficulty deciding what to charge for their product. The Intently team selected an initial price point, but didn’t do significant research around it. It wasn’t until they tested a variety of price options and plans that they were able to determine the optimal price point.

Lesson learned: “If I could offer advice to someone starting their own subscription business, it would be to start charging for your product sooner and test different pricing options to determine the ideal price point,” says Harris.

Broken APIs. Intently uses APIs for a variety of functions and features, particularly location-based searching and matching of buyers and sellers. Issues arose when APIs Intently had been using stopped working with little or no warning (which can happen if a 3rd party company leaves the market and takes down their API). The tech team would have to scramble to come up with an internal “fix” for the solution the previously working API had been providing.

Lesson learned: For every internal fix created to replace an API that went down, the Intently team also discovered additional ways to automate processes and improve the overall product.

Growth rate. “When I wrote it all down on paper, it looked like the business would explode within a couple years,” says Harris. Intently has grown and scaled, but the growth rate has climbed steadily vs. exploding in the first couple of years.

Lesson learned: Not every startup is going to see explosive growth (in fact, most don’t). Focus on creating and continually improving a great product and the growth will happen.

As Intently began to grow, Harris connected with Doc Searls, author of “The Intention Economy” and head of ProjectVRM (Vendor Relationship Management), which started at Harvard University’s Berkman Klein Center for Internet and Society in 2006. ProjectVRM’s “purpose is to foster development of tools and services that make customers both independent and better able to engage” with vendors. Searls has named the company in speeches and articles as a successful example of a reverse advertising model, which helped provide brand awareness as Intently grew.

Being part of the ProjectVRM community has also allowed the company to remain abreast of the emerging technologies and trends related to their business model.

There is a lot of data available to the Intently team, and they’ve scaled by harnessing the power of that data. For example, while reviewing seller data and monitoring user flows on the site, the team noticed friction points related to the seller signup process. In response, they created a “Return on Investment” calculator to communicate the potential value of Intently’s platform to sellers.

The requests buyers make via Intently’s platform vary greatly. The ROI for a seller answering a request for a wedding cake delivery in Brisbane vs. renting an aprtment in New York City will also vastly differ. Intently’s ROI calculator has drastically reduced seller signup friction, resulting in increased signups.

The team has also done numerous A/B tests related to their Call To Action (CTA). The use of “right now” in the CTA for buyers has resulted in 3-5 times as many people completing a request vs. CTA’s that don’t include the same text.

As the company began to scale, they realized the need for a recurring billing solution that could scale with them. Working with a professional, credible, and recognized subscription billing platform was important to Harris, who wanted a seamless signup experience for his customers. Intently also needed the setup of the billing product to be clear and easy.

Chargify was the only recurring billing solution that checked off all the boxes.

Chargify is brilliant! Anytime we have questions, the support has been very personable and knowledgeable.  It feels like we are in a real partnership with Chargify.
Neil Harris, Founder of Intently

For users who don’t want to pay with a credit card, the Chargify PayPal integration has eased signup friction. Finally, Chargify’s ready-to-use Billing Portal has made it easy for customers to update account information, freeing up resources so the Intently team can focus on scaling.

Intently recently added multiple language capability; their global marketplace is now available in 16 different languages. The team is closely monitoring data to see if this will allow the platform to take off in new markets.

As the subscription economy grows and consumers demand personalization and convenience from businesses, the reverse advertising model will keep growing. It’s clear Intently is set to continue to lead the charge with its innovative global marketplace. For more information visit Intently.co.