How to Create a Sustainable Competitive Advantage (Without Fighting Dirty) 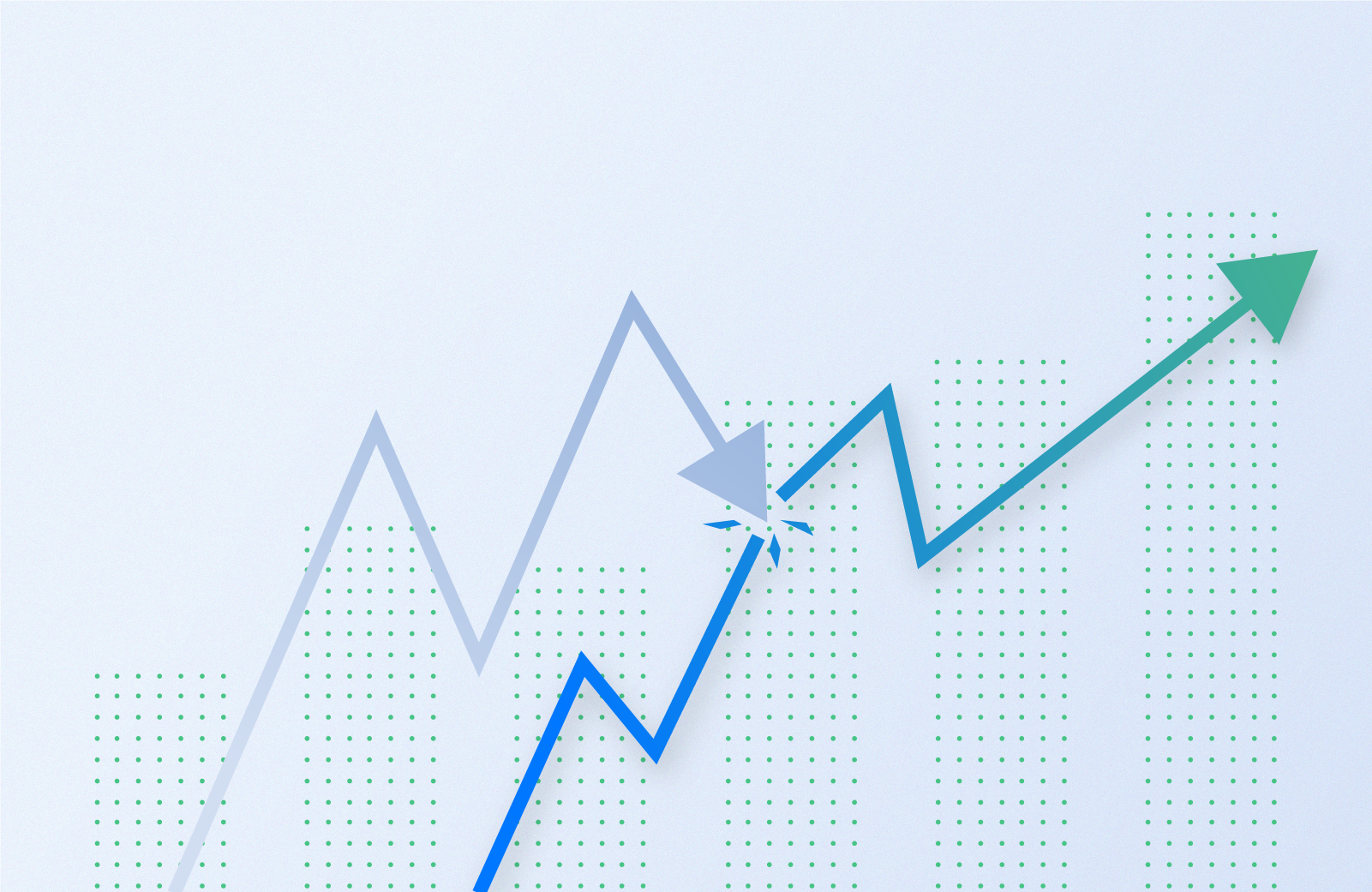 In both life and business, there’s a big difference between being cunning and cheating. An unfair competitor—aka. a cheater—turns to dishonest tactics in order to succeed. They fight dirty, employing smarmy business practices like trademark infringement, false advertising, and rumor mongering. These tactics are quick and easy, and yes, sometimes they crush the competition. But more often than not, employing strategies like these just ends up crushing you.

The companies who win aren’t the ones who break the rules, but the ones who change them. True industry leaders intentionally tip the scales in their favor. They’re not cheating. They simply create a sustainable competitive advantage, leading the market through innovation, setting themselves so far apart that the competition couldn’t catch up if they tried.

“A genuine leader is not a searcher for consensus but a molder of consensus.”
Martin Luther King, Jr.

If you want to win, model the industry leaders. Let’s take a look at three companies who didn’t need to play dirty to win.

How did a scrappy startup grow from renting out a mere 900 titles to streaming 2,000 originally-produced content pieces—winning 112 Emmy nominations and 8 Oscars in the process? Two words: customer data.

Since 1997, Netflix’ vision was to change the way we consume content. First, they turned movie rentals on their head. (Forget physical locations, limited rental terms, and late fees.) Then, they had the guts to take significant losses, spending billions to develop video streaming technology before it entered their competitors—or even their audience’s—radars.

But, it wasn’t any of these moves in isolation which fueled their success. Their secret weapon was the thread that ran through it all: their emphasis on customer data.

The key to Netflix’s success has always been to keep customers watching. Data is the best tool to facilitate that. It started by collecting user reviews, which powered the launch of the CineMatch algorithm in the early 2000’s. This algorithm compares user reviews to their catalog of movies to make customized (and accurate) recommendations for new content, encouraging users to keep the rentals coming. Their strategy paid off. By 2007, Netflix had grown from 300,000 to over 6 million loyal subscribers.

Their 2007 shift into an online streaming service not only leapfrogged the competition, it supercharged their ability to track and use customer data. They now gathered a lot more than film ratings. Netflix sees who watches and for how long; what they picked next and how long it took to find it; they can compare what one customer watches to others of their age, gender, and region. And that’s just the tip of the data iceberg that led to Netflix’s biggest—and most successful—innovation.

With the release of their first original series, House of Cards, Netflix left their old competition behind for good and started butting up against a new set of industry giants, like HBO and Disney. Without a significant emphasis on gathering and using granular customer data to drive their decisions, this pivot from DVD-rental to movie studio would have failed. But it didn’t. The show was an unheard of success, making Netflix the first online streaming service to be nominated for (and win) an Emmy… for their very first production.

When looking back at Netflix’ story from today’s view, one has to wonder how much of this success was planned and how much was simply right-place, right time. It’s impossible to know, but what we can determine is this: their success had nothing to do with cheap tricks. It was the effective implementation of customer data which fueled every innovation, earning them a sustainable competitive advantage.

Apple didn’t invent the personal computer. They just perfected it.

Following on the heels of other industry giants, Apple took a different approach to their product. They didn’t want to make technology first, they wanted to make technology easy. In fact, it was by bucking the norm for tech companies and cancelling 70% of their products (in favor of perfecting the best few) that Steve Jobs turned Apple’s $1 billion loss in 1997 into a $300 million gain in 1998.

What Apple did was bring personal computing to the everyman while companies like IBM limited themselves to reaching only 2 customers: businessmen and programmers. This focus on selling to everyone meant many of Apple’s initial products were underpowered when compared to their competitors. But Apple innovated in an entirely new way, introducing modern conveniences we now take for granted, like the combination of screen, mouse, and keyboard in a single unit, not to mention the use of graphical user interface (GUI), and invention of the mouse itself.

When IBM decided to shift their market from “computer users” to “average people,” Apple could have easily resorted to cheap tricks to maintain their lead, undermining IBM’s ability to serve their customer and dragging their name through the dirt; but they didn’t. Instead, Apple proudly proclaimed that they weren’t afraid of a little competition by welcoming IBM to the marketplace with an unforgettable act of marketing. Sure, IBM’s software could outpace Apple’s. But that didn’t matter because Apple’s market didn’t need that kind of power. IBM already had the trust of businessmen, but that didn’t matter either because Apple wasn’t serving businessmen alone.

Apple knew their audience and operated with an astonishing clarity of focus, leading the market with beautiful and easy-to-use technology. Eventually this evolved into an invention which would change the world forever—the revolutionary buttonless smartphone we all keep in our pockets. To this day, Apple remains steady on their own course, owning 21% of the smartphone market and bringing in $274 billion in revenue in 2020.

Apple’s competitive advantage doesn’t come from smarmy sales tactics. It comes from an obsessive focus on the user experience. Despite new competitors like Microsoft continuing to outpace Apple technologically, the company has stayed relevant for over 45 years, maintaining their reputation as a luxury brand.

Coke leads with a superior product.

Throughout the 1950s, 60’s, and 70s, Coke was already leading the market, outselling Pepsi two to one. However, Pepsi was determined to close the gap and create their own sustainable competitive advantage. They got pretty close too.

In 1975, Pepsi launched their most successful marketing campaign, famously known as the Pepsi Challenge. The challenge was a blind taste test seeking to answer a simple question: which cola did self-proclaimed “dedicated Coke drinkers” prefer after a single sip?

Despite the fact that Coke was America’s #1 cola, in 57% of cases participants unknowingly chose Pepsi as the more delicious option. This wildly successful campaign led Pepsi to increase their market share from 6% to over 14% in U.S. sales. It was so successful, in fact, that it even influenced Coke’s own business strategy.

Coke’s dedication to preserving their status as America’s cola inspired them to privately run their own version of the Pepsi Challenge. After coming to the same conclusion—over half of Americans preferred Pepsi—they decided to follow the data, reformulating their somewhat bitter beverage to better suit the sweet-loving American palette.

In 1985, Coke released this re-formulation, lovingly dubbed “New Coke.” And America hated it. They hated this new product to the point of angry protests, forcing Coke to re-introduce their previous formula after a mere 3 months.

Over time, Coke’s market share slowly climbed back from the dip it had taken after the Pepsi Challenge, and to this day, Coke still holds nearly 44% market share as compared to Pepsi’s 24%. Despite Pepsi’s viral campaign and momentary success, time was the final judge. Americans really do prefer Coke.

Why? What advantage did Coke possess that even a highly successful marketing campaign like the Pepsi Challenge couldn’t take away?

Malcolm Gladwell suggests an explanation in his book, Blink: The Power of Thinking without Thinking. He believes the discrepancy lay within the Pepsi Challenge itself and the fact that the test was designed around a single sip.

According to experts in product development, when asking a consumer to rate a product based on a single sip, they will inevitably prefer a sweeter taste. (Meaning Pepsi is bound to win by default.) However, give that same consumer an entire bottle or ask them to take a case home, and they’re likely to report a preference for a more complex flavor palette, like that offered by Coke.

In other words, while Pepsi’s forumation was more enticing, Coke’s was more sustainable. This might seem like luck, but really Coke had managed to create something so compelling that Americans couldn’t help but return to it again and again.

That’s how Coke has sustained their competitive advantage, withstanding every dip and challenge that has come their way—Pepsi Challenge included—for well over a century.

These three companies have dominated their industries by gathering and listening to the right data and keeping quality and the customer experience at the center of everything they do. These methods don’t deliver quick results. They’re not the kinds of cheap tricks you see from smarmy competitors. These are the real, honest tactics that can make your company a winner for decades to come.

If there’s anything you should take away from this post, it’s this: you don’t have to play dirty to win. If you want to join the industry leaders, just do what they do: lead.