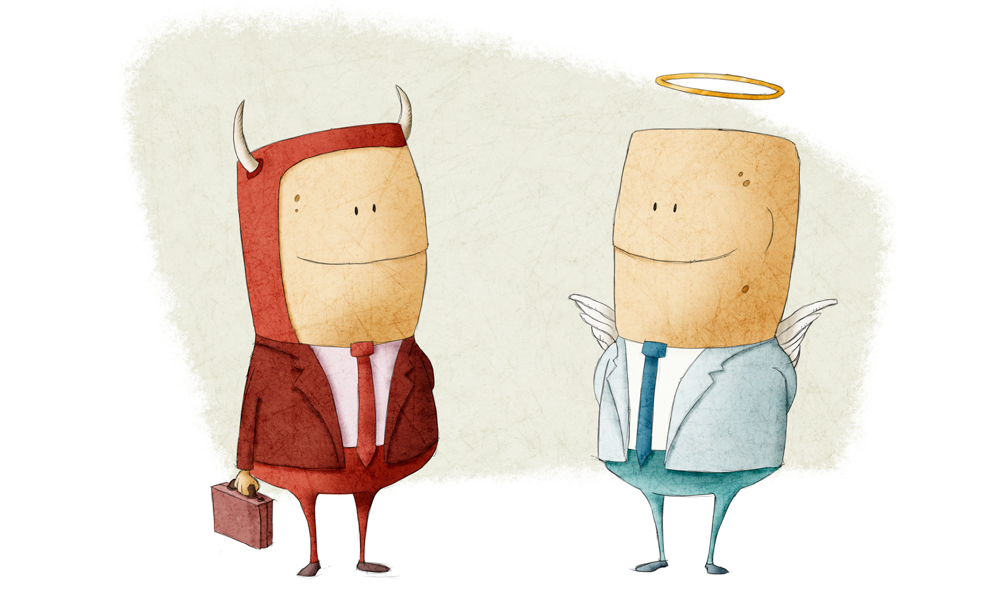 I’ve been part of 9 small businesses over the course of 25 years. My friends and I have always been techies, and if any one of us is idle for long, we find a need to fill. It always starts with a product/service idea, and if it looks promising, we give it a shot.

Out of those 9 business ideas, 4 got traction as real businesses, meaning they showed interest from paying customers, generated profit, and employed 5-85 while I was there.

Through all of that activity, I estimate that I’ve employed roughly 130 people. And from that experience, plus the shared wisdom of my friends and blogs and articles, I’ve gained some wisdom about the best hires and the worst hires (people you’ll end up needing to fire but you’ll probably drag your feet).

This blog post is not about people you need to trim because the business is changing, products are changing, their job performance is bad, etc. That’s all a given in a business. This is about traits that seem to work really well or really poorly in a small team. I define “small” as a team with fewer than 75 people, certainly fewer than 25 people (the smaller the team, the more these various good & bad traits will affect the whole team).

Chargify is my first company where we’re 100% remote. We have 22 people spread across 12 US states, plus a few people outside the USA. The team works really well together. We use online tools to stay in constant contact with each other, and we meet 2-3 times a year. But our remote structure makes the following hire/fire traits even more important.

Before you dive into this hire/fire list, keep in mind that you’re talking about people’s lives. While I’m an advocate of firing people who are hurting the team/business, I also believe in providing good severance unless they are fired for something like stealing.

HIRE PEOPLE WITH THESE TRAITS

People who improve themselves and their community will do more (and probably do it better than you), will require less guidance, and will lift up those around them.

Doing is good. Finishing is just as important. If someone starts many things that don’t get finished, that’s a bad sign. Hire finishers.

This is really true for a remote team that creates, sells, and supports software for other businesses. We all have to be sharp to keep our customers happy.

The best team members are sharp AND humble, happy to learn with their team and accomplish things together.

In a small company, and especially in a remote work company, good work gets done because the team likes to work, not because there’s heavy management structure (there isn’t).

So it’s key that each team member enjoys their work and has habits that support doing good work.

For instance, some of our team members are parents with home-schooled children, and they set up dedicated work rooms, plus an understanding that mom/dad needs to focus on work. Others use software to keep track of time spent on work versus occasional distractions. No one at Chargify asked them to do these things – they just did so because they care about doing good work.

Read our team’s collective wisdom regarding good work habits in this blog post.

In our business, our collective skill set is never finished. From marketing to coding to supporting our customers, we’re always improving – and occasionally throwing something out.

Success in almost any endeavor requires optimism and probably some naiveté in the early days. You will have triumphs and defeats, and a core of optimism will see you through the defeats. As your company matures, your team will move from “naive optimism” to “realistic optimism.” That’s normal and good.

Few job candidates will know a lot about us or our market before they work at Chargify, but we favor those who show interest before our first conversation. We had a software developer candidate who created a web app that utilized our API extensively, and he did so over the Christmas holiday! He was also very talented and a nice person. Hired! In other parts of the company, candidates have shown interest by learning our documentation, setting up a sample business on Chargify, knowing the competitive landscape, having read past blog posts and suggesting new ones, etc.

These two are pretty fuzzy, but there’s an old saying amongst small business owners, “Work with people you like,” which extends to the team and to customers. Small teams are inherently close. It’s not going to work well if someone is grumpy and hard for others to get along with. And a sense of humor goes a long way, too.

Early in a company’s formation, it’s hard not to hire friends & relatives. Here are some lessons:

FIRE (OR BEWARE OF) PEOPLE WITH THESE TRAITS

Letting people go is one of the worst things you have to do as a manager or owner. I don’t know anyone who likes doing this, and I’ve seen managers feel mildly sick after letting someone go. It’s human to feel empathy and I’d probably fire someone who could fire others with no feeling at all.

It would be easy to fire people if things were black & white, like, “He stole money and punched his coworker, so we fired him.” Reality is usually murkier.

The following people need to be fired even though they may be doing good work, because:

Remember, treat people well, even if you have to let them go.

At one company, we had a talented engineer. He was good at his job, perhaps even critical to the project. He made it clear that he was the best person on his team. He used his aggressive personality to intimidate others. He once arrived at a company gathering and removed another guy’s things from a bedroom that he wanted for himself. This was not in jest and it was not okay with the other guy, but the displaced guy didn’t want to make a fuss. Unbelievably, I did not fire the bully on the spot. We were afraid of the immediate impact to the project, instead of thinking of the long-term health of the team and the company. In retrospect, the project didn’t matter and the positive impact to the company culture would have been fantastic.

At another company, we had some prima donnas. They’re similar to bullies but less overt. These people are great at their job and they may have a large following on social media. All of that is fantastic, but they lack humility. They mistreat teammates and they dislike criticism. They may need a lot of petting about their accomplishments. Sometimes small cliques form around them. Management gets scared to lose them. People outside their clique are shunned by them. Don’t be scared – think long-term and remember that just about any project is less important than your overall team and company health. And if you happen to have more than one prima donna, at least let one of them go just to keep the peace (multiple prima donnas usually clash with each other).

This goes without saying, but someone who lies should not be tolerated. Of course, there are degrees of lying.

I prefer people who never lie, but if someone lies about a personal matter that made them 15 minutes late, fine, not a big deal (although I would still wonder why they didn’t feel free to be honest).

But if someone lies about something bigger, like whether or not they did their work, that’s bad.

If a remote worker tells their teammates that they’re working on ‘x’ but they’re actually working on ‘y’ (or not working at all), then trust erodes very quickly and decided-upon goals don’t get done. If this happens once, talk to the person immediately and see if this can be resolved without letting them go. If it happens again, then part ways.

Pessimists assume outcomes will be bad, so they shut down ideas by focusing too much on risks and not enough on rewards. This slows your progress and can push morale down.

Avoid pessimists unless your business actually requires pessimism, such as insurance, disaster planning, and the like.

Also note that pessimists are different than realists, which are actually good for your team as you grow. Realists are optimists most of the time, but they know when to counter naive optimism and risk-taking when they see it.

People who think everyone else (or the world) is bad

At one company many years ago, we had a guy who was a very hard worker. But if a customer said they didn’t get a cable in their recent shipment, he was sure they were lying. It’s how he saw the world, and his negative view infected others. The day we let him go, two of his teammates came to me, wondering why we fired their hard-working buddy. But a few days after that, the same people said, “Ahhh, now I get it… he was making me see the world negatively.”

At one company, we had a few people who usually formed the conduits & lightning rods of gossip networks. At 85 people, we were going to have some gossip. It’s a distraction with no upside. It can be a good thing in rare instances, such as, “John is funneling money into a personal account.” But I’m not talking about legitimate whistleblowing. I’m talking about gossip being channeled by the same people repeatedly. You’ll end up asking yourself, “Why?”, which may lead to the conclusion that someone is a “conduit” or “lighting rod.” My co-founder and I spoke with one of these “lightning rods” several times, and each time he promised to quit, and each time we’d hear more gossip soon thereafter. After several cycles, we let him go.

This isn’t a hire/fire topic, but it needs to be in this blog post to paint a complete picture.

You can form a great team, but that team needs leadership & alignment if they’re going to do great work.

Long ago, we had a list of software development tasks that needed to get done. The tasks had no priority. The dev team members could pick whatever they wanted. We thought this offered freedom & choice, but it did not work. The team wanted a team lead or product manager to decide priorities, so they could focus on doing instead of deciding.

More recently, we started working on alignment throughout the company. It’s harder than it sounds, but it makes a lot of sense: decide who our core customer is and what our company values are, and then make decisions around those ideas. And make sure everyone is aligned around these values & decisions.

A great team, aligned around the same goals, does great work and enjoys it, too!