Growth Teams 101: What you need to know before building a growth team 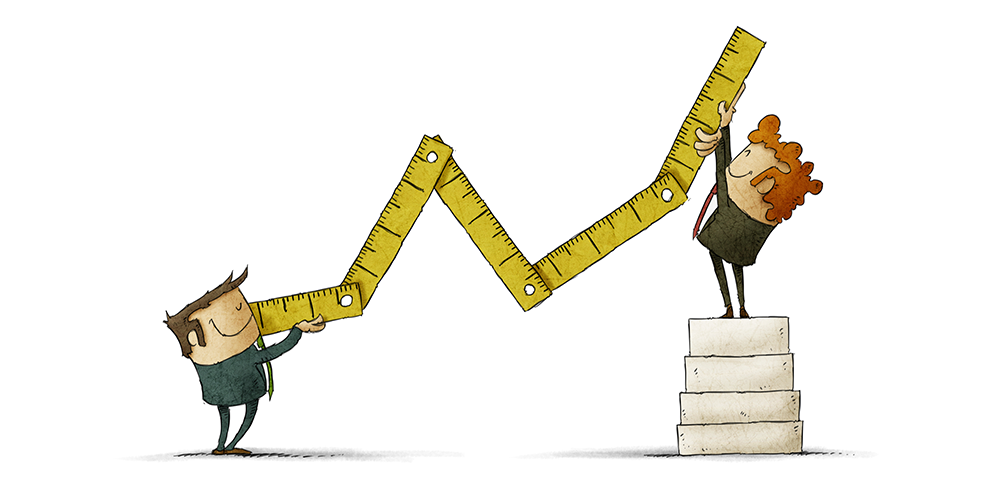 What do Uber, Airbnb, Pinterest, and Google have in common? Besides being unicorn companies, they can all attribute a large part of their success to the sustainable growth created by their growth teams.

Growth team has become a favorite buzzword amongst the tech industry, but the power of the growth team isn’t just a passing trend. We believe the concept of growth teams is here to stay, and savvy businesses should understand how incorporating it can create sustainable growth for their products (ideally doing so sooner rather than later). The good news? You don’t have to be a unicorn to harness the power of a growth team within your own company.

What is a growth team?

Growth teams expand the value of, and customer base for a product that is already working through rapid, data-informed experimentation.
Josh Schwarzapel, Co-Founder & CEO of Indie Money

Notice the definition above specifies “a product that is already working.” That is key. If you haven’t reached product/market fit yet, you aren’t ready to have a growth team.

Andy Johns (former Growth at Facebook, Twitter, and Quora) explains why establishing a growth team only after you’ve reached product/market fit is so important:

“When you focus on aggressive growth too early you generally fail more quickly, in particular when the product isn’t right. You’re basically acquiring many users at a high churn rate and low retention rates. When you do the opposite and build a great product first, then push to grow it aggressively after organic adoption, you expedite the path to success.”

Another key element of a growth team is their focus on sustainable growth (which we’ll discuss in more detail shortly).

How to build and hire for a growth team deserves its own separate blog, so we won’t be doing a deep dive here. In general, a growth team consists of the following:

Of course, every company will be different. Some growth leaders suggest including a marketing role on the growth team, while Yahoo’s growth team focuses more on the personality traits of potential hires. The three traits Yahoo finds most important for their growth team members:

While growth has been an important business goal for centuries, how is it that the growth team itself is a relatively recent development?

The why (a super quick history lesson)

One of the reasons growth teams have emerged is that technology has changed the timespan associated with the mass adoption of new products. For example, it took Walmart 80 years to reach $1B in revenue. Amazon hit the same milestone in 30 years:

Tech companies simply “don’t grow the same way traditional companies do. The skills required are much different and the growth is plainly, different,” explains Pierre Lechelle.

Facebook was one of the first companies to be recognized for implementing a growth team. In 2009 they were already focusing on the BHAG (Big Hairy Audacious Goal) of 1 billion users!

We knew we were going to beat MySpace when we had 45 million users. They had 115 million. We just knew. The reason was because we had started to do enough things right where we could just see now we understood what we’re doing. After all the testing, all the iterating, all of this stuff, you know what the single biggest thing we realized? Get any individual to seven friends in 10 days. That was it. You want a keystone? That was our keystone. There’s not much more complexity than that.
Chamath Palihapitiya, Founder & CEO of Social Capital LP

Palihapitiya started the original growth team at Facebook. We’ll discuss how growth teams create and run experiments in a moment, but it is important to note “get any individual to seven friends in 10 days” was key to Facebook’s sustainable growth and it was a discovery made after many, many of the team’s experiments.

The understanding that tech companies don’t grow in the same ways traditional companies do led not just to the emergence of the growth team, but is also one of the reasons we expect growth teams to remain an important part of a company’s success. Much in the same way customer success moved quickly from trend to weapon of choice for SaaS companies wanting to reduce churn and increase MRR.

There are a number of benefits your company gains when you have a team dedicated to the sustainable growth of your product:

“Without a growth team, you can find yourself in a situation where marketing has to beg engineering to get things done. Marketing ends up sitting on their hands, waiting days and even weeks to move on ideas that could improve growth right now. Engineering ends up reacting with total aversion, creating a schism, or try to be responsive, creating interruption,” says Gregory Ciotti, former Content Marketing Manager at Help Scout.

A growth team bridges the gap between your marketing, engineering, and product teams. Note that while the growth team helps bridge those other teams, the functions of each team are still unique. For instance, Brian Balfour uses the following graphic to illustrate the differences between growth and marketing teams:

A growth team usually focuses their attention on a single metric. The individual metric will be different for every company; LinkedIn may focus on new signups, while Airbnb’s growth metric might be nights booked.

Regardless of what the specific metric is, the singular focus “makes prioritization of growth projects much simpler, and it focuses the team in a way that allows everyone to contribute ideas,” explains Schwarzapel.

Quite simply, sustainable growth is easier when you sustain momentum. Balfour explains why momentum is an important benefit of growth teams:

“You need momentum. To do this, you establish a regular cadence of experimentation to fight through failures, find the successes, and find the momentum that keeps carrying you forward.

The environment is always changing. If you don’t stay ahead with constant experimentation, you’ll inevitably hit plateaus. Breaking through will require more energy than harnessing existing momentum.”

Regardless of whether the metric the growth team is focusing on relates to acquisition, engagement, or retention, they are testing to find what tactics create the most improvement on the metric that matters. When the best performing tactics are utilized, the end result is increased revenue for your company.

Note that while the growth team is focused on scalable growth rather than revenue metrics, increased revenue remains a by-product of a successful growth team.

Ok, we’ve gone over what a growth team is, a little history on why growth teams were created, and the benefits…if you’re like me you’re probably wondering what it is, exactly, that growth teams do?

What growth teams actually do

First, a growth team will define their area of focus (often this is an area within the engagement section of the customer lifecycle funnel). Then the team can brainstorm ideas about why people are dropping off from the area of focus.

Next, the team will prioritize those ideas to determine which to test first. For each idea, it is important to look at “the probability that it will be successful, the impact it will have if it is successful, and the resources required to test and implement,” advises Kissmetrics’ Zach Bulygo.

To assist with prioritization, many teams will score ideas with a system like I.C.E:

“Once you have all the three scores, average them and you’ll have the actual score of the idea. The highest, the better,” explains Lechelle.

Once the best ideas have been prioritized, the growth team will create a hypothesis for the experiment. Ideally, the hypothesis should look like this:

The hypothesis should have a narrow focus. Bulygo gives the following example for a team wanting to affect activation rate:

“Don’t sit there and try to figure out how to improve activation rate. There are probably thousands of ways to improve it, and focusing on this makes it difficult to come up with growth ideas. Instead, focus on breaking it down into very small pieces.

If the activation rate had three steps, you’d break down each and brainstorm ideas around each step. Keeping it focused on each step makes it easier to come up with specific ideas about how to improve the inputs, which leads to an improved output.”

Testing is mission critical for the growth team role. According to Reforge, less than 25% of growth experiments are successful. Which means the growth team needs to run many tests to see wins.

Sometimes people do 1-2 A/B tests per week and then complain that it doesn’t work for them – they probably need to 5-10X their A/B test output in order to get a win or two per week.
Andrew Chen, Growth at Uber

It’s also mission critical for the growth team to have systems and tools in place to track the experiments.

“Growth teams tend to win by creating compound interest, meaning lots of small/medium wins rather than a few big ones. This means you need to optimize your team for high experiment throughput, and nothing will slow you down more than weak data/experimentation tools,” says Schwarzapel.

While the tools used can be built in-house, doing so takes time and resources from a growth team whose function is to quickly experiment and iterate hypotheses. Not to mention the time and resources that have to go into maintaining tools built internally. Most growth teams will benefit from utilizing third party tracking tools.

Following an experiment, the growth team will analyze the results. Whether the experiment succeeded or failed, the team will scrutinize the data to determine “why?”.

The “why” helps the team decide how they need to iterate. They’ll then form a new hypothesis and run another experiment.

Extract as many learnings as you can out of every experiment. List the iterations/action items and throw them into the backlog. Take the learnings, look at your backlog, and look at your prioritization and adjust accordingly based on your learnings.
Zach Bulygo, Blog Manager at Kissmetrics

The final step is for the growth team to share their learnings with the rest of the company (or relevant teams within the company). Doing so is an important aspect of creating sustainable growth for the product and entire company.

When Balfour was VP of Growth at Hubspot, here’s what a typical week looked like for the growth team:

“Systemizing” in the graphic above refers to productizing as much as you can with technology and engineering, once you find experiments that are successful. What you can’t productize, build into playbooks. When the growth team scales new members can use those playbooks to replicate the successful experiments.

We covered a lot of ground in today’s blog, so let’s review some of the key points:

Once you’ve reached product/market fit, a growth team is key to discovering the tactics and channels for sustainable growth. And while unicorn companies like Uber and Airbnb are infamous for their growth teams, you don’t have to be a unicorn to create and benefit from a growth team.

Now it’s your turn. Does your company have a growth team? Feel free to share your own thoughts and experiences in the comments below. We always enjoy hearing from our readers.