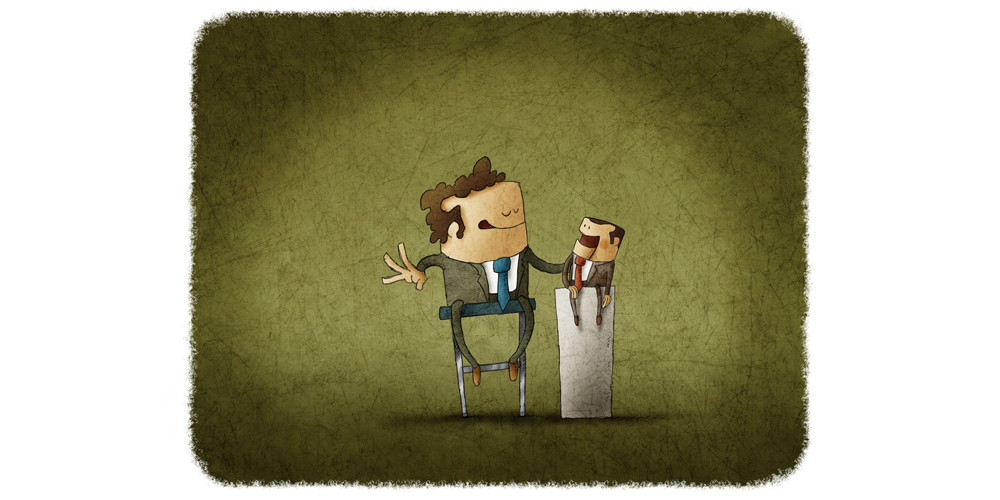 “How many legs does a dog have if you call the tail a leg? Four. Calling a tail a leg doesn’t make it a leg.”

When I graduated from college and began looking for marketing positions, I quickly learned that all too often what was called “marketing” was really an outbound sales job. I guess employers thought “marketing” was sexier than saying “sales.”

But it didn’t change that the job function was more sales than marketing. Today, I’m noticing a similar trend with the term “growth hacking.”

When Sean Ellis first coined the term “growth hacking” in 2010 he provided a specific definition, but currently people seem to throw anything related to marketing under the “growth hacking” umbrella. 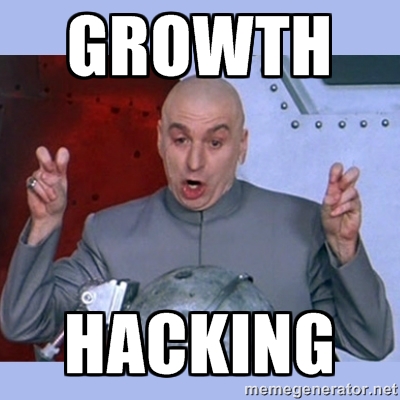 It is common to see inbound and outbound marketing tactics referred to as growth hacking, even among major industry publications. ConversionXL’s Shanelle Mullin points to the following as examples: 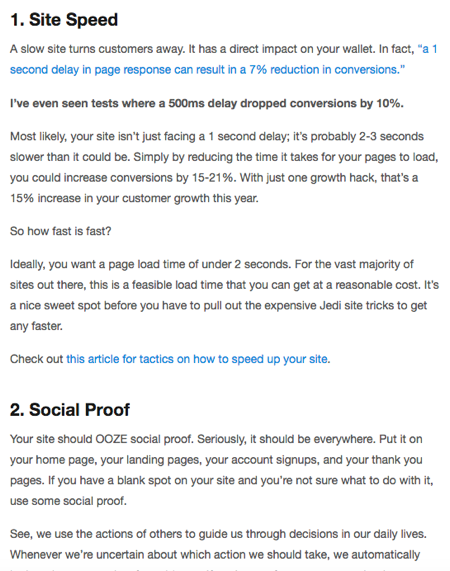 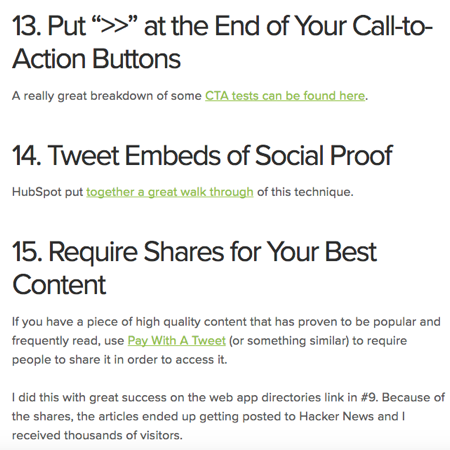 6 Growth Hack Techniques You Can Try Today by Entrepreneur

Many industry leaders have also weighed in on this issue via social media. Below is a tweet from Search Engine Land’s founding editor Danny Sullivan, addressing the issue of incorrectly identifying standard marketing techniques as growth hacking:

Part of the confusion related to true growth hacking may be that there isn’t a unanimous definition. “It means different things to different people,” points out Mullin.

In a blog post by Kiki Schirr, six different industry experts provide six different definitions of growth hacking. There are some similarities amongst the definitions, but there isn’t one, agreed upon definition.

So, what is growth hacking? 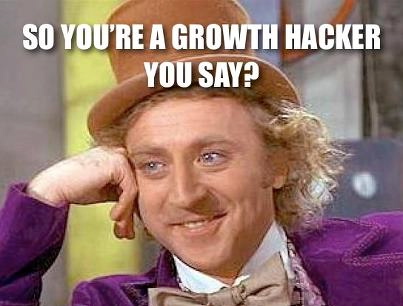 There is already a LOT of information about growth hacking definitions, so we’re not looking to do a deep dive into that in this post. Instead, let’s take a quick look at what is agreed on:

Here is Ellis’ growth hacking definition from his original 2010 post “How to Find a Growth Hacker For Your Startup:”

“A growth hacker is a person whose true north is growth. Everything they do is scrutinized by its potential impact on scalable growth. Is positioning important? Only if a case can be made that it is important for driving sustainable growth (FWIW, a case can generally be made)…An effective growth hacker also needs to be disciplined to follow a growth hacking process of prioritizing ideas (their own and others in the company), testing the ideas, and being analytical enough to know which tested growth drivers to keep and which ones to cut. The faster this process can be repeated, the more likely they’ll find scalable, repeatable ways to grow the business.”

“Growth hacking is experiment driven marketing focused primarily on how the product is used to create growth both from the distribution and retention side. The key differentiator being the product-level focus vs. the channel-level focus of traditional marketing effort.” 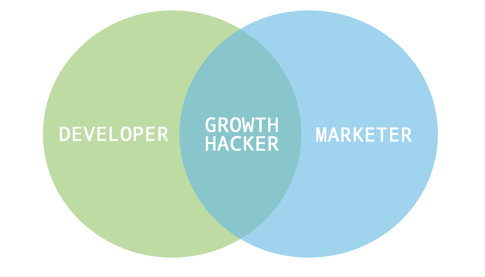 Product. That’s really the key to the difference between marketing and growth hacking.

Growth hacking focuses on product to move the needle.

Marketing focuses on “acquisition and activation throughout the whole product lifecycle” while growth hacking is product focused, according to Direct Spark: 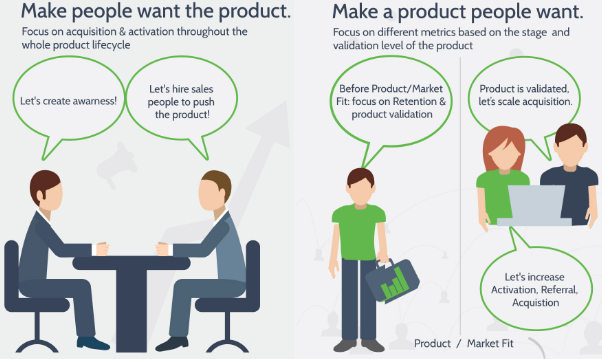 “Most of the time, marketers interaction with product stops at the landing page. While a growth hacker can play in the activation and retention arenas, most marketers would feel uncomfortable leading a development team,” writes Aaron Ginn.

Ellis not only coined the term “growth hacker,” he was among the first marketers at Dropbox. So it will come as no surprise that Dropbox’s successful referral program is praised as a growth hacking homerun. 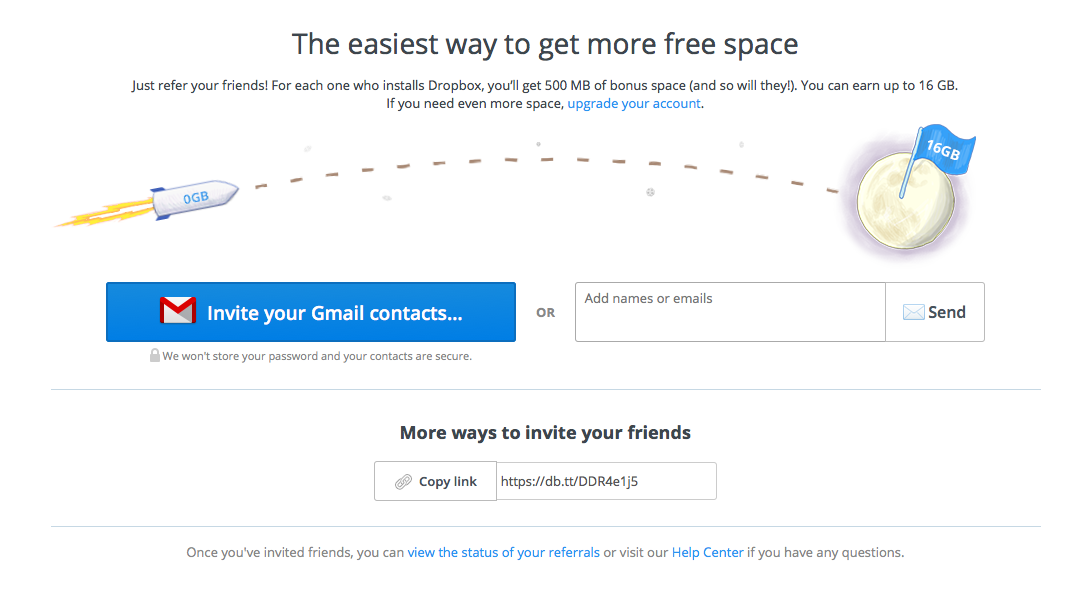 PayPal’s “refer-a-friend” program, which paid referrers cash, inspired DropBox to give 500MB extra storage to both the referrer and the new user (as soon as the new user signs up).

The growth hacking success here is that the Dropbox product was used to expand their reach. Dropbox referrals increased signups by 60%! And they continue to grow:

“One, it acts as a re-engagement hook by telling the user how much space they have and reminding them to use Dropbox. Second, and more importantly, it prompts the user to go invite more people. What makes this invite prompt so effective is that it is almost addictive. You just experienced this high moment from earning free space, but you still want more.”

Airbnb’s Craigslist integration is another one of the most often cited growth hacking success stories.

If you want a deep dive into the details on how the integration was engineered, check out Andrew Chen’s blog.

The short version is that Airbnb created an integration which allowed Airbnb hosts to also post their rental on Craigslist, from within the Airbnb UX.

“AirBnB enabled cross-posting of your listing to Craigslist. Cross-posting as a form of marketing has existed since the days of forums and newsgroups. This is nothing new,” says Muhammad Saleem.

But the integration wasn’t a marketing campaign. It was product focused. The Airbnb integration reverse-engineered how to post on Craigslist (there wasn’t even a public Craigslist API).

Chen points out that due to the elements of posting on Craigslist (click-tracking with unique url’s, Craigslist supporting only a limited amount of HTML, etc.), the integration was far from trivial.

“Certainly a traditional marketer would not have come up with this, or known it was even possible – instead it’d take a marketing-minded engineer to dissect the product and build an integration this smooth,” says Chen. 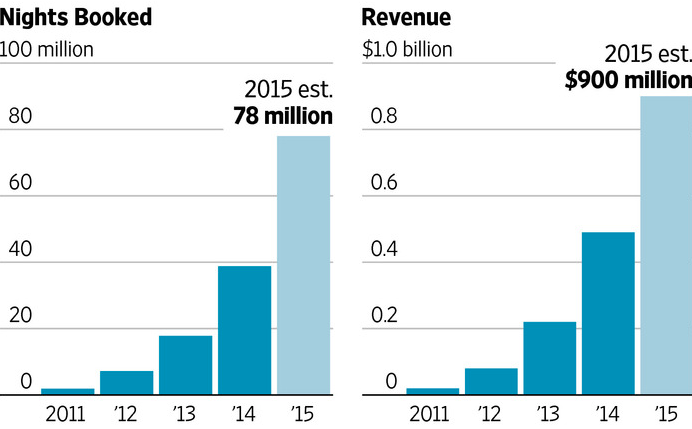 Don’t forget about the growth part of this growth hacking success:

“The benefits of the Airbnb/Craigslist integration were numerous. Not only was it the sheer volume of potential users accessible via Craigslist, but the fact that Airbnb listings were far superior to the other properties available—more personal, with better descriptions and nicer photos—made them more appealing to Craigslist users looking for vacation properties. Once those Craigslist users made the switch, they were more likely to ignore Craigslist and book through Airbnb in the future,” explains Brown. 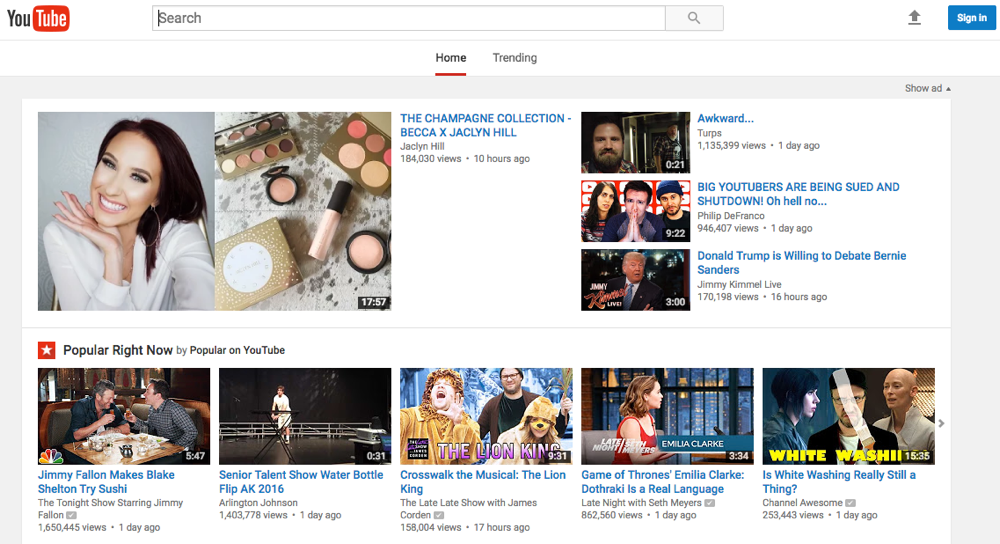 Youtube has been labeled a growth hacking success story that occurred before the term even existed!

According to Pressfarm, “the embed code on YouTube videos has to be the growth hack of the century.”

The embed video option on every Youtube video made it seamless and easy for users to upload Youtube videos and and then have the video play on their own website!

Today we’re so used to Youtube being a part of everyday life that an embed feature may not seem like that big of a deal. But Ramdas reminds us what life was like before Youtube:

“Uploading videos was painful. Typically users had to download transfer software, and the uploading and approval process for making a video live was complicated. YouTube made this simple and intuitive – users signed in, added the video title and description and uploaded the videos, which were made live instantly.”

Youtube not only made uploading and embedding videos easy, but also allowed watching videos to be simple. Anyone could watch a Youtube video without having an account or downloading special software.

Youtube started in a garage in 2005 and by October 2006, Google announced its purchase of the company. Today, Youtube users upload approximately 500 hours of video to the site every minute: 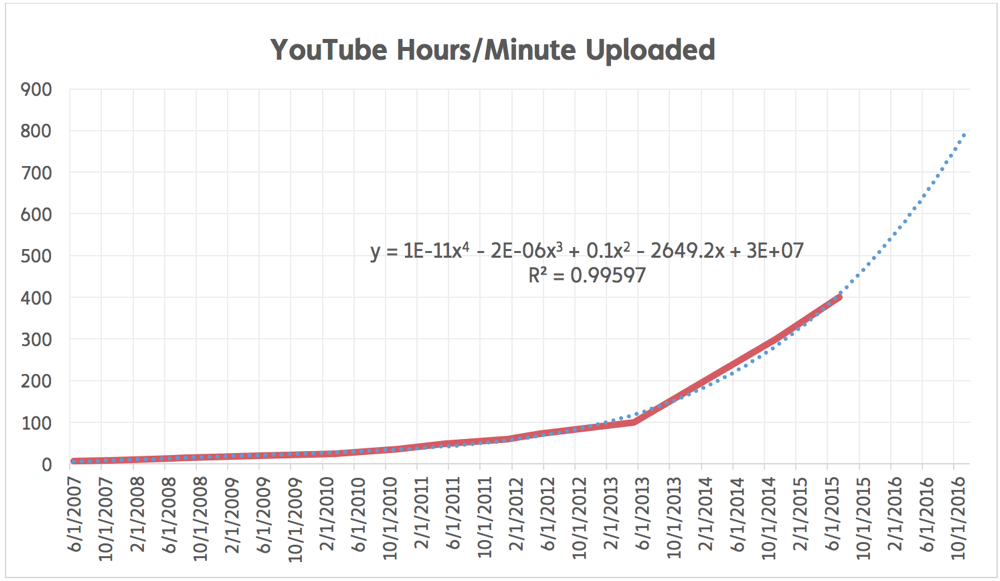 Despite the current content trend of labeling anything related to marketing as growth hacking, the two have some overlap, but are not synonyms.

What is your definition of growth hacking? What are other examples of true growth hacking success stories? Leave us your thoughts in the comments below.