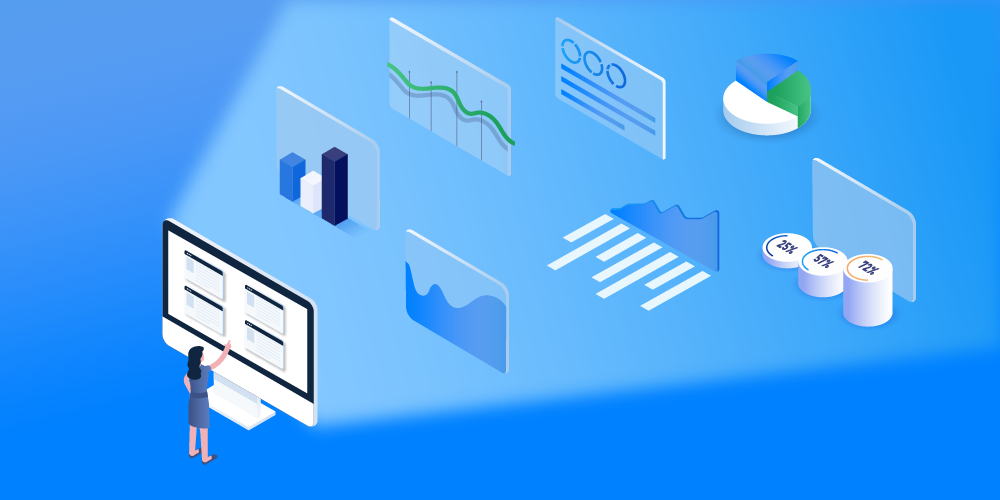 Software as a Service was born out of the need to eliminate scalability pains that plagued the traditional software licensing model. Pains such as hardware requirements, manual updates, access limitations, and much more.

Not only did SaaS remove these pains, it unearthed additional growth levers that have allowed businesses to move, adapt, and scale faster than ever before. One of these growth levers revolves around expansion, and the ability to expand with minimal barriers to entry or capital requirements.

So as demand signals surface, businesses can quickly launch new products, target new regions, or even acquire other businesses. The world runs on SaaS, and the SaaS world is getting bigger every day.

While these opportunities fuel growth, they also create their own new set of challenges. How do you monitor the overall health of a subscription business when the parent business creates and acquires complementary business units that all contribute to top-line revenue? 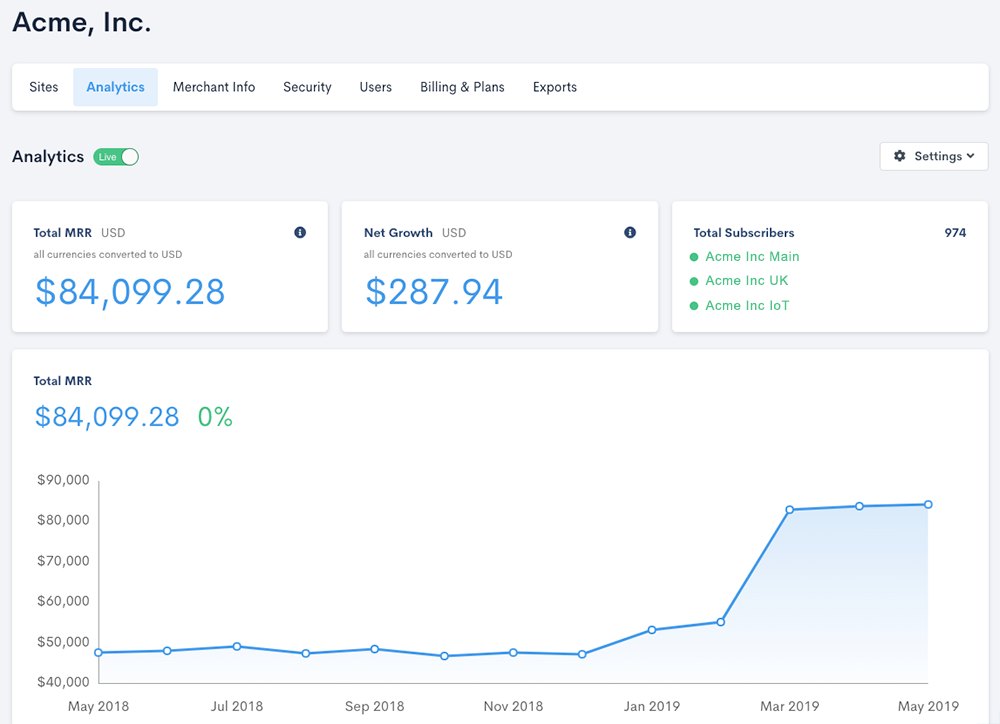 At Chargify, a “Site” serves as a container for plans, subscribers of those plans, and the resulting recurring revenue and subscription analytics.

The concept of Cross-Site Analytics is pretty straightforward—if you have multiple Sites within your Chargify account, these new analytics will roll-up subscription metrics from each Site into an aggregated, account-level view of health.

But what if different Sites use different currencies? 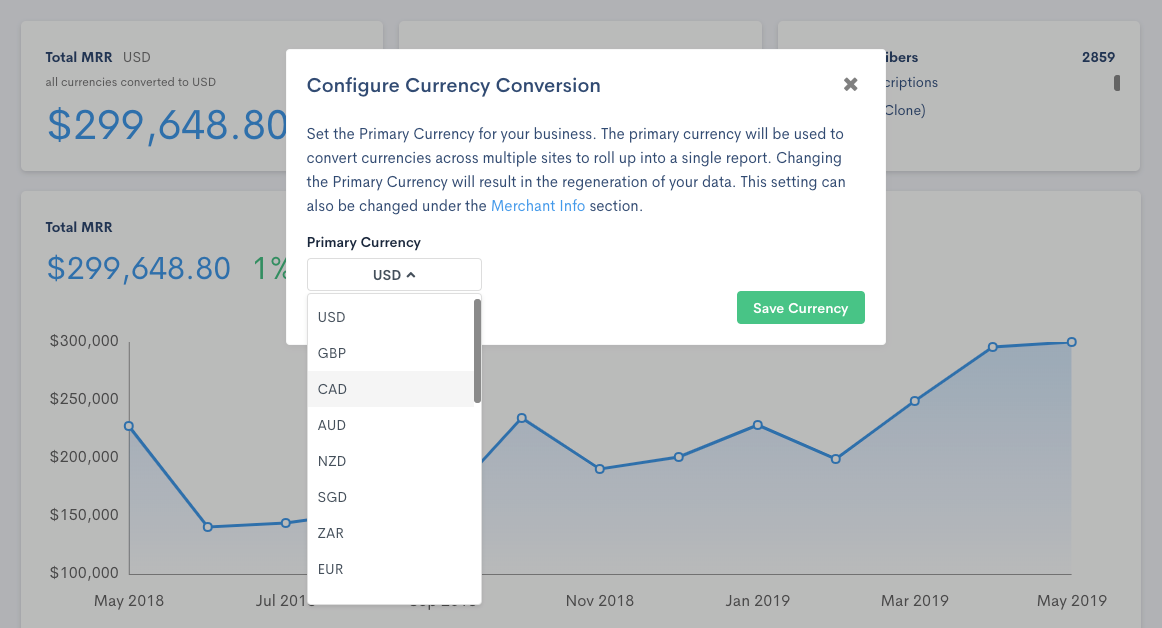 Exchange rates are updated every hour through our integration with openexchangerates.org. So when a revenue movement occurs, we’ll use the most recently captured exchange rate to convert the amount into your default currency.

For example, if a customer converts at 4:15 PM, we’ll use the exchange we received at 4:00 PM to calculate the currency conversion for the MRR increase in your Cross-Site Analytics.

Cross-Site Analytics are accessible via the account-level dashboard by Site Owners, Admins, and Team-Members with financial permissions.