An Intro to SaaS Recurring Revenue: Calculate MRR and ARR 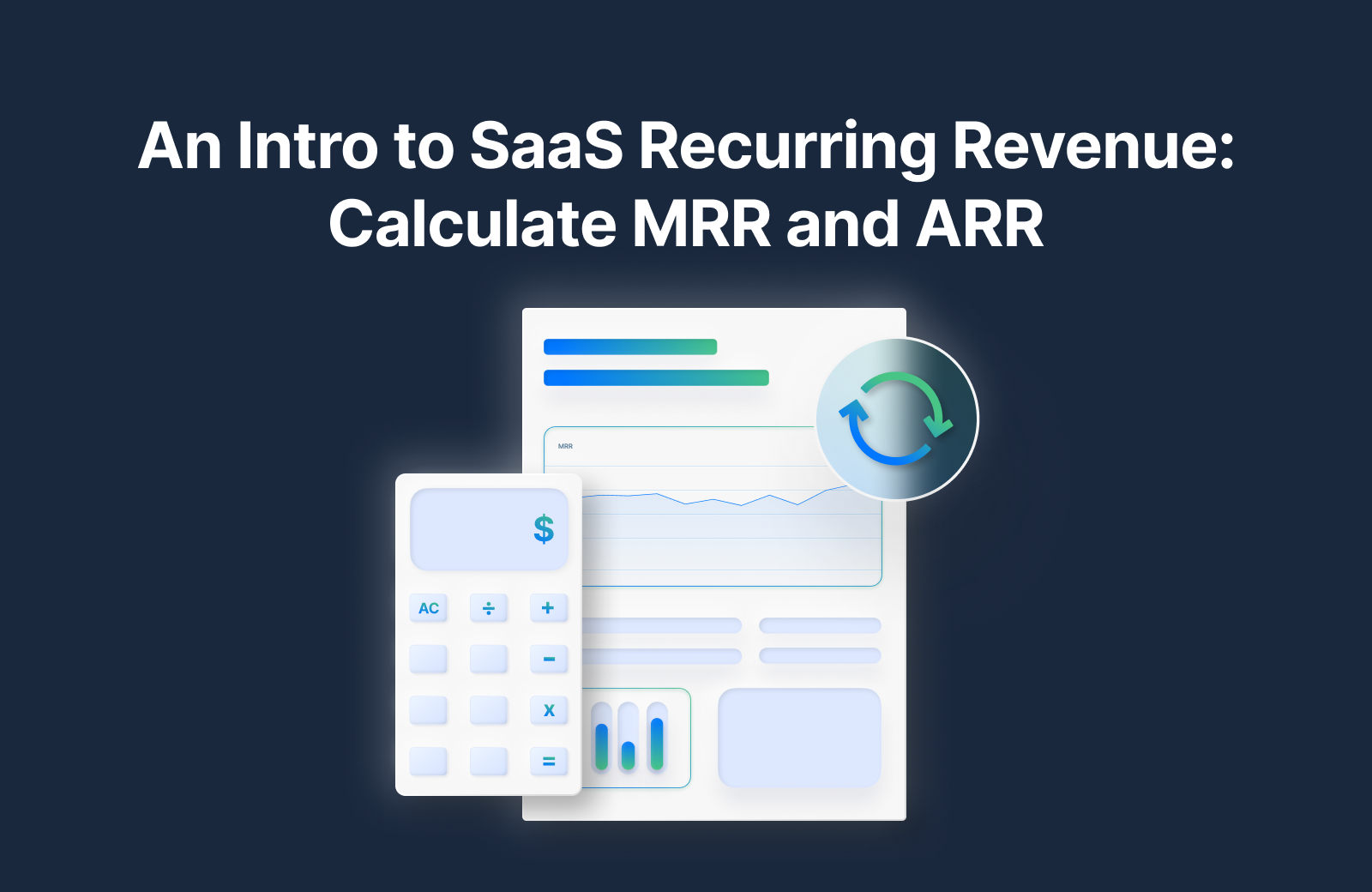 What is SaaS recurring revenue?

Cash burn and capital spending are inevitable when trying to scale a SaaS venture, especially in the early stages. Recurring revenue allows SaaS businesses to generate consistent revenue month over month, keep up with capital spending, and scale their way to a successful merger, acquisition, or IPO. In short, recurring revenue fuels growth in a subscription-based revenue model like SaaS.

Why is recurring revenue important for SaaS businesses?

In the early days of tech, software was bought and sold like any other product via a single purchase. This was mostly due to the fact that software wasn’t yet available on the cloud. Now, software has become easily accessible to anyone with an internet connection and the buying process has changed as a result.

Recurring revenue can also be utilized as a metric to forecast short-term and long-term growth. Based on historical data, SaaS companies can predict future recurring revenue and optimize their internal processes to increase their MRR expansion rate.

Differences of a SaaS business model

Software as a Service (SaaS) businesses typically use a recurring revenue business model, which means most of their revenue comes from customer subscriptions.

This translates to a constant fluctuation in customers and revenue, so it’s essential to keep track of these changes. The success of a SaaS revenue model can be measured in part by two critical factors which both affect recurring revenue:

Customer retention is measured by the number of customers that renew their subscriptions in a given period of time. Customer retention and renewal rates reveal whether or not a SaaS company has a sustainable business model. If customers start to churn at increasing rates, your revenue could start to plateau or decline at an alarming rate.

What is monthly recurring revenue (MRR) in SaaS?

Monthly recurring revenue is often cited as one of the most critical metrics for a SaaS business, particularly when used by C-level execs as a measure of company performance. Within the subscription industry, it’s essential to track MRR because it accounts for the vast majority of total revenue and is a strong indicator of future growth.

There are several different ways to measure MRR, and each can be used to discover new business insights and improve your recurring revenue model.

What are the different types of SaaS MRR?

SaaS companies that use MRR to measure revenue predictability will typically focus on one or more individual components that apply to their business. These can include the following:

MRR from new or reactivated subscriptions

This is revenue that already exists from customers with ongoing subscriptions and can change month to month as users cancel, upgrade, or downgrade their subscriptions.

MRR from upgraded subscriptions and add-ons

MRR from subscription upgrades includes any additional revenue made from add-ons, upselling, and cross-selling. This is often calculated under the umbrella term of expansion MRR and is a good indicator of customer satisfaction and loyalty.

It’s equally important to take into account MRR losses, also known as contraction MRR. They include:

Revenue loss incurred from canceled subscriptions is also commonly referred to as churn. Calculating churn gives SaaS businesses insights into what factors contribute the most to lost revenue.

In its simplest form, MRR can be calculated as:

Here’s a closer look at each of these separate revenue variables:

What is annual recurring revenue (ARR) for SaaS?

To calculate your SaaS ARR, you can do the same calculations as MRR using figures over a 12-month period. However, several ARR components must be taken into account when making your ARR calculations to ensure accuracy and validate your financial metrics.

As you can see from the above, calculating recurring revenue is complicated if you have a growing customer base and complex product offering. Many B2B SaaS businesses offer a host of pricing plans and add-ons, including one-time fees, metered fees, discounts, and other price variations that add an entirely new level of complications when calculating recurring revenue. Making accurate calculations for all the variations in contraction and expansion revenue can be a time-consuming and challenging task, but it doesn’t have to be this way.

You can learn exactly how to manage recurring revenue in our Ultimate Guide to Revenue Management for SaaS Companies.